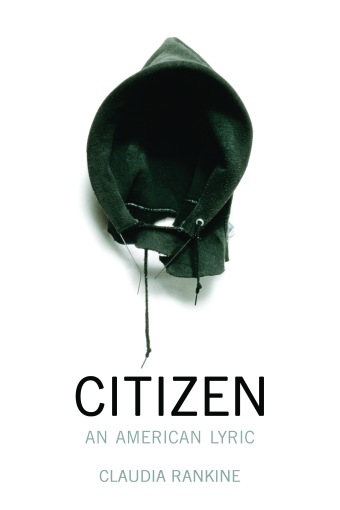 Gulf Stream staff member Jennifer Maritza McCauley had an opportunity at the 2014 Miami Book Fair International to have a conversation with Claudia Rankine. The transcript of their conversation is below.

J.M.: So, first of all, I want to thank you so much for coming here.

J.M.: It’s an enormous honor. Your book–and I’ve told other people this—it stole a chunk of my soul. I just have a few questions about Citizen and maybe a few about Don’t Let Me Be Lonely. Citizen is a magnificent book. It examines a culture’s scars and still-fresh wounds. I was wondering if you could talk a little bit about the process of writing Citizen? Where did you get the idea? Why did you decide to write it now?

C.R.: The second part of the book is the essay on Serena Williams. I think in watching Serena’s career, one begins to see how these little cuts are happening and are being negotiated every day. So I turned the lens back on to myself. And my community. I started asking people for their stories. You know, someone will tell you a story and you remember something? [All of those] stories began to build. And that’s how the book unfolded.

J.M.: Were there sections of the book you found more difficult to write than others?

C.R.: I think that the Serena Williams essay was important to get right. In the sense that it involved the most research. It was necessary to allow [the essay] to unfold as a meditation but also be true to its fact. That took some thinking. But also, I think ending the book was difficult. I had a hard time because I didn’t want to present a false ending. That these occurrences somehow can be resolved. They are part of the American culture. Every black and brown person is negotiating [these instances] every day. I didn’t want to lessen the accumulative occurrences by creating anything in the ending that seemed to put [racism] in the past.

J.M.: I think that’s part of the reason [Citizen] stays with you and stings so much. The book was kind of like a punch in the face, in a good way. I was really interested in Citizen’s use of the second-person point of view throughout the book. [The POV] forces readers, regardless of their race, to relate to the black American experience. The intimacy with the narrator makes the book that much more disconcerting. Why did you choose to use second-person in Citizen?

C.R.: Well, I chose to use the second person because I wanted readers to position themselves every single time in a new incident and event. That this idea that we’re all human beings, we’re all post-racial, that race doesn’t matter, [that isn’t true.] In the retelling of these stories, people would have to say, “I believe that was a white guy? I believe that was a black guy?” Even though I don’t race the individuals. So the “you” meant that everyone had to be positioned. And I also thought it was a little bit funny, the second person. Because you’re talking about the marginalized “other” who becomes the second person and can’t hold the first-person-center position.

J.M.: That’s beautiful. I gave Citizen to non-African American friends and they said they felt [the book’s] power. A lot of them were like “Wow, I didn’t think about this stuff from [black people’s] perspectives.” I think that’s the power of the “you.” So, on the back of your book [Citizen] is marketed as “Essays/Poetry.” Don’t Let Me Be Lonely is [marketed] the same way. You write such genre-busting works. I was wondering how you would classify Citizen and Don’t Let Me Be Lonely? Do you agree with the [essays/poetry] label? Or would you call the books something else?

C.R.: I agree with the label in the sense that [Citizen] can float through genres. Fundamentally, at its heart, [Citizen] is a poetry collection. It deals with feelings, it deals with the sort of “daily-ness” of negotiations of feelings. So it’s about affect. It’s about intimacy. It’s about what happens when one body is in front of another and how we negotiate the space between us and the racial imaginary that pollutes that space. I’m a poet. I work as a poet, I love poetry. But I feel that all forms are open to me. If I want to use the essay form, if I want to use images, I’m going to.

J.M.: Was there a model you used while you were writing Citizen?

C.R.: I was trying to create an accumulative experience. The images were put in [the book] so you couldn’t go away. And yet you would have a break. You’d have a break from the text and the cumulative moments of the incidents and events. But you would turn to these images that would then whip you back around into the racial imaginary in a different way. And so the choice had to do with wanting to create something. A feeling, a moment within the reader’s experience.

C.R.: I like the term spiritual sister. I wasn’t thinking about [Citizen] as a sequel. I was thinking about what was happening in the United States and what moved me. I can’t force myself to write anything. I write in response. As things were happening, I was writing. And because I write and I’m moved by, and live in the United States, in that way, the two books are linked. [Both books] are coming out of events that determine our lives.

J.M.: Beautiful. Your work has received much critical acclaim. Whenever I mention you, people say “Oh, my gosh! [Claudia Rankine] is amazing!” Writers are sometimes trained to handle criticism. I’m wondering how you deal with the positive feedback of your work?

J.M.: Yes, the book connects so well with so many people. Do you have anything you’d like readers to walk away after they’ve finished Citizen? Is there a certain feeling or a certain set of emotions that you’d [like readers to have?]

J.M.: Citizen is also unique in the sense that’s there’s a lot of visual art. The book is lyrically arresting. The language is gorgeous. The visuals make the book even more disturbing. Why did you decide to include visual art in the text?

C.R.: I wanted to include visual art for maybe three reasons. I wanted to create a landscape in the book that had to do with the middle class, that these were people— educated people, liberal-minded people, going to galleries, going to movies, watching tennis matches—and yet the racial imaginary was in there still, that nobody was above it. It didn’t matter how educated you were. It didn’t matter how you spent your Saturday afternoons. The inclusion of images by people like Glenn Ligon, Wangechi Mutu, Carrie Mae Weems, they for me signaled a world. Those images are located in galleries, in museums. So there is that. I also wanted, as I said earlier, a different register. These people are working the same arena; they’re negotiating the same questions that I am. So I wanted the move from the text to the visual to throw the consciousness back. And just allow wondering, in a way. In the sense of this is how it feels. The constant onslaught. You can’t take any breaks. Even if you think you’re taking a break, you can’t take a break. Because it’s always coming at you. And the third reason is I thought [visual art] was important because racism stems from visual hate. Just visual. It’s visual. [Racism] is a constructed, visual hate. It has nothing to do with biology. It seemed important to engage the gaze. So that looking was a part of this activity of thinking about micro-aggressions and racism.

J.M.: Definitely. Do you have any go-to readers? Are there any people that, after you’re done with a piece, you go to and say “Can you take a look at this?”

CR.: I have two important readers in my life. Catherine Barnett, she’s a poet. I pass everything by her because her own work and her person in the world have huge humanity. She has a sensitivity that I feel in sympathy with. Also, I know if I stray for whatever reason, she’ll pull me back. She’s beloved to me and important to my work. Lauren Berlant, the critic. Her book Cruel Optimism, that book and many, many other things that she’s written have allowed me to have a vocabulary to think about how feelings function in society. What it means to have sovereignty and not have it. When you lose it and how you lose it, and what motivates others to want to take it away from you. I should also say my husband. He’s somebody who is so present that I almost don’t even think about him. He’s somebody I trust unconditionally with my work.

One reply on “Interview with Claudia Rankine”

Wonderful interview! I particularly liked Jennifer’s question about what Ms. Rankine was looking for in reader reaction and the stark, Que sera, sera answer.